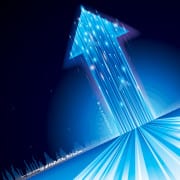 I recently read executive search consultant James M. Citrin’s The Dynamic Path, which promises “access [to] the secrets of champions to achieve greatness through mental toughness, inspired leadership, and personal transformation.”  In brief, the book examines the paths taken by numerous sports champions to find the common thread that allowed them to progress through the four stages of success that Citrin has identified: individual, champion, leader, and legacy.  He asks what the individuals who managed to leave a legacy learned, what skills they possessed, and how those lessons may be applied in a business setting.

Citrin’s first lesson is as follows:

Talent and hard work are a good start. . . To achieve greatness requires something more, something subtle.  It demands the acquisition and application common to the most superior performers in sports, business, or any other endeavor: mental toughness and the ability to stay calm and collected at the big moments.

Citrin holds that an individual’s development in the champion, leader, and legacy stages of the Dynamic Path require skills that peak at certain points on that path: natural talent/intelligence, work ethic/dedication, and mental toughness/problem solving peak at the Champion level, for those at the height of their individual achievements.  People leadership, which has developed along the way, peaks at the Leader stage, along with developing moral/spiritual leadership, so that the individual seeks collective achievement for collective results — group excellence.  Moral/spiritual leadership continues to grow until it reaches its culmination in the Legacy phase, in which collective achievement creates enduring results that will have long-lasting impact.

Examples of those who have attained Legacy status include Bill Bradley, who has achieved numerous sports victories as well as intellectual success as a Rhodes Scholar, completed by the long-lasting accomplishments of his service as Senator.  Citrin also highlights Arnold Palmer (the golfer who has parlayed his individual success into establishing health care complexes, creating the PGA Tour, and developing the Golf Channel), Arthur Ashe (the tennis player who became the first African American man to win the US Open and to take a Grand Slam among numerous other titles, then cofounded the USA National Junior Tennis League and worked to eliminate racism and poverty before his early death from HIV contracted during a blood transfusion), and Lance Armstrong (the cancer survivor and 7-time winner of the Tour de France who now seeks to eradicate cancer).  Citrin provides stories of many other individuals, well-known and less so, that illustrate the path he describes.

I enjoyed reading this book because it separates out what makes a good leader — one for a season — from what allows a good leader to create a legacy — one for an age.  The book is an easy read, and it’s interesting (for this non-sports fan, anyway) to learn a bit more about what some sports figures have accomplished following their sports careers.  The book is an interesting, sometimes slightly jarring, mixture of personal sketches and attempts to teach how the sports lessons can translate to personal lessons.  Citrin inserts his own perspective into the book throughout, which at times read more as a journal than as a teaching book.

One conclusion that remains with me is that the rise of team sports for children, and especially for girls, is likely to be a significant benefit to rising generations of would-be leaders.  Citrin has made an excellent case for the lessons that sports can convey, and it’s a good reminder that all of those hours of soccer practice may just pay off in later years, though it would overstate the case to say that The Dynamic Path will provide a roadmap for transforming those lessons into business leadership skills.

What would your clients say?