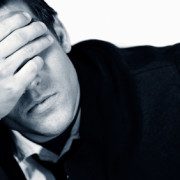 Lawyers who are or aspire to be leaders must learn to self-manage.  Especially when stressed or under pressure (and who isn’t, at least part of the time?).  It’s easy to let self-management slide in the face of provocation.  Some attorneys I know offer a blanket apology to staff and colleagues — something like, “I’m feeling stressed, so please excuse me if I blow up or yell at you or throw things, ok?””  I don’t recommend that approach; it’s better than nothing, I suppose, but it’s actually announcing that bad behavior is coming, apparently largely unchecked.

Let’s be real:  attorneys are often faced with statements, actions, arguments, behavior, etc. that is galling in the extreme.  It’s a common practice among some litigators to find their opponents’ hot buttons; push the button and out pops an ugly intemperate person — not someone a jury would respect or believe.  (Same goes for witnesses, too, and in non-litigation contexts.)  So how can you handle it when faced with provocation that would make the Buddha quiver with rage?

And, despite our best efforts at these tactics, all of us lose our tempers sometimes.  Especially in time of frustration and stress, it’s easy to let it slip, despite best efforts.  When that happens, don’t be afraid to apologize and admit to being human.

Weekly Rainmaker Activity 11/24/09: Give thanks for referrals
Scroll to top