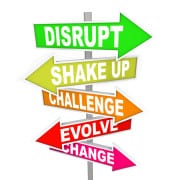 One common thread in the work/life balance conversation is the extent to which the issue can and should be cast as a female issue or a mother’s issue.  So perhaps it’s no surprise that a female shareholder has now sued her law firm for sex discrimination.

Alyson J. Kirleis, a labor & employment litigator, began work at Dickie McCamey & Chilcote as a law clerk in 1986 and eventually became a shareholder.  A mother of two, Kirleis alleges that the chair of the firm’s board of directors told her that she was spending too much time working and not enough at home, that “women whose priorities were straight were those who relinquished their status as shareholders in the firm and who worked part-time so as to be able to spend more time with their husbands and children.”  She claims that she was also told that the firm’s “gals” would prepare cases for trial, but male attorneys would actually try them.  The suit includes other allegations of rather blatant discrimination.

Kirleis is working at the firm while the case is pending and, according to her attorney, would like to continue though she seeks different treatment for herself and for the other women at the firm.

The firm has issued a statement denying the allegations:  “We’re diappointed that one of our shareholders, not an employee but an owner in the firm who has worked with us for 18 years and who still works at our firm, has chosen to take this course. . . . We do not and never have discriminated against anyone on the basis of gender or in any other way.”

Carolyn Elefant shared the story in mid-November. Joan C. Williams, a professor at UC-Hastings College of Law who teaches employment law, cites some surprising statistics in an ABA article (no longer available):

“There’s been a 40 percent increase in this type of case in the past 10 years,” Williams says. “We’ve documented more than 800 lawsuits based on family responsibility against employers in general, and we’ve found 32 other lawsuits of this type against legal employers. Of those 32, it’s a mix of attorneys and staff, but most of the cases have been filed by attorneys.”

“It certainly looks as if [family responsibility] cases are the new face of discrimination law based on the fact that they’re growing so rapidly, when employment discrimination cases have fallen 23 percent, based on our research,” Williams says.

The article also quotes Diana J. Veilleux, a DC-based employment lawyer, as questioning whether there’s been an increase in “family responsibility” cases and suggesting that those that are filed are taken more seriously now than in the past.

Although I’m just barely conversant in employment law, I find this trend interesting.  Why are “family responsibility” cases any different than garden-variety sex discrimination cases?  Does it mean something different that some law firms talk positively about work/life balance on the one hand and discriminate on the other, or does it simply add texture to an already-existing problem?  The allegations that Kirleis has made that don’t concern direct work responsibilities include claims of sexually explicit entertainment at firm functions, visits by the firm’s male attorneys including members of the executive committee to topless bars, and that a male attorney exposed himself to her during a firm golf outing in the early 1990s.  These sorts of claims are nothing new, unfortunately.  While it’s shocking (if true) that any firm, much less one that practices labor & employment law, would permit such activity and behavior, it’s hardly news that such behavior does occur in some workplaces.

It’s unfortunately difficult for me to envision what this case would look like if the plaintiff were a man, though it could happen.  If it did — if a male lawyer had been told that fathers belong at home and that men would be responsible for preparing cases and women would try them, if members of the firm sponsored sexually explicit entertainment at firm functions followed by visits to a male strip club (does Chippendale’s still exist?), if a woman had exposed herself to him — would we be calling this a “family responsibility” case?  Or would we simply see it as a sex discrimination case?  And would it matter?

Would the Kirleis case be any less strong without the allegations that she was encouraged to relinquish her status as shareholder and to take a part-time schedule?  Would it be any less strong without the claims that she was told women would prepare cases and men would try them, and without the claims of sexually explicit entertainment and harrassment?  I suggest that the answers are no and yes, respectively.  And that’s why I question this categorization of the case as a “family responsibility” matter.

But, people more knowledgeable than me have so categorized it.  What does that mean?

I’m curious whether it means we need to treat the desire that some lawyers have for a work/life balance that respects and facilitates a personal life as a gender-neutral issue.  In the desire to retain women in the profession, it may be easy to over-invite a woman to a part-time schedule so she can fulfill her family responsibilities, possibly then making her feel that she “should” take that route whether she wants to or not — in the words of the ABA article title, that she’s being forced onto the mommy track.  Presumably, most of us would recognize the line between encouraging a parent to attend to her (or his) child as s/he feels appropriate, whether that involves taking a part-time schedule or making other changes, versus sex discrimination masked as concern.  But no one wants to open the door to a lawsuit, especially if on a cause of action that’s in vogue and getting lots of attention.

Wouldn’t it make sense, at a bare minimum, to treat this as an issue for parents and not for mothers?  Although biology does dictate that women will always take time from work to bear a child, caring for the child after the mother has recovered from childbirth may fall to either parent, or to both.  Wouldn’t we be operating from a more robust reality if we were to recognize that, and to understand that some men will want to stay home with children?  And wouldn’t that help to separate work/life balance from invidious sex discrimination?

What would you do if you weren’t practicing law?
Scroll to top