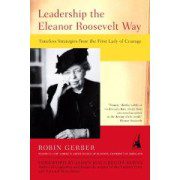 Over a year ago when I was visiting my very favorite bookstore (the Upstart Crow, in San Diego’s Seaport Village), I saw a book titled Leadership the Eleanor Roosevelt Way.  Because I am a fan of Mrs. Roosevelt, I knew I had to grab it, but then something happened and distracted me, and I left the bookstore without the book in hand.  One thing led to another, and I never got around to ordering it.  So I was truly delighted when I visited again last month and the book was still there!

Part biography, part instruction on leadership in the business context, Leadership the Eleanor Roosevelt Way is an easy and interesting read.  The author gives a chronological review of Mrs. Roosevelt’s life and draws out the lessons in each stage, which makes for a reasonably effective presentation.  My only quibble with this approach is that Gerber occasionally shifts from the historical recounting to a present-day business example without much warning, calling for closer attention than the book requires otherwise.

The book’s focus, not surprisingly, is on women’s leadership, though many of the lessons transcend gender.  Its opening explains that leadership is particularly important to overcome the gender disparities that continue to exist, giving examples from business and politics.

In additional, the study found that male equity partners out-earn female by average of $87,000.  While these statistics are limited in scope, they indicate that at least in the firms studied, significant disparity remains.  As Gerber wrote,

Although these issues differ somewhat in kind or degree from the problems of Eleanor’s day, the solutions rest on the same foundation: leadership.  Why?  Leadership is about change.  It means intentionally achieving a helpful, ethical purpose, and doing so in a process of reciprocal motivation and support between leaders and those they hope to lead.

Gerber pulls leadership lessons from every stage of Mrs. Roosevelt’s life.  More extensive in number than in depth, the lessons are nonetheless instructive and likely to provoke readers’ reflection.  For example, the following lessons (learned “the hard way”) flow from the painful period in which Mrs. Roosevelt discovered FDR’s affair with Lucy Mercer: 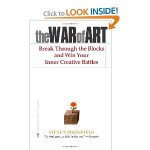 You've Got to Conquer Your Resistance. Here's How.

What You Know Can Keep You Stuck
0 replies

What’s the best way to grow your practice?
Scroll to top