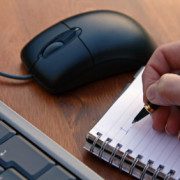 While considering a theme for this week’s Blawg Review, it struck me that lawyers do not spend as much time aimlessly meandering the web as would, for instance, a typical air traffic controller. As a result, most lawyers are woefully detached from the Zeitgeist embodied in the lowly Internet meme. An Internet meme is any amusing video, email, picture, audio clip or other material that spreads virally across the internet. Unlike computer viruses, which spread based upon how many paint chips the people opening them consumed in their youth, Internet memes spread based upon how entertaining viewers find them.

Although blawgers are more aware of Internet memes than your average lawyer, blawgers still find there are not enough hours to stay up to date with each new version of someone reenacting the Thriller video at a wedding. To save you from this critical legal research, I assiduously complied several of the most popular memes for you. While the list might not necessarily “make” your day, at least it might maintain your work/life balance in sufficient equilibrium to stave off the rubber room for another week. The list is not comprehensive, but it is the best I can muster without being served pre-marital divorce papers. For those of you true professional Internet slackers, swing by memelabs and test your meme IQ.

It’s a fun way to organize some of the week’s blawg posts, and it’s certainly worth a read.

What women lawyers think of each other. Or not.  I was all ready to blawg about the recent ABA Journal article titled What Women Lawyers Really Think of Each Other.  The results (presented primarily with graphics in the print magazine) were interesting, suggesting that women under 40 think male supervisors give better direction, give better constructive criticism, and are better at keeping confidential information private.  Women over 40 were reported as believing that women take directions and constructive criticism better than men and have better discretion than men.  And then, just as I was beginning to compose my thoughts, I noticed the critical modifier to each set of results: 58% of respondents said that gender doesn’t matter, and the cited statistics came from the 42% who expressed a preference for working with either men or women.  Sometimes it isn’t the story that matters, but rather the story behind the story.

What happens to work/life issues in a recession?
Scroll to top