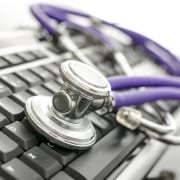 Apologies for my silence of late.  While traveling last week, one of the Windows files necessary for start-up mysteriously vanished.  “It just happens,” say the tech support people, which is no consolation to me at all.  After trying every trick in the book, including mystical incantations, I finally wiped the hard drive yesterday.  I’m back running, though not nearly back to normal.

Happily, I was able to put in a good bit of work on Blawg Review #114 before the crash.  Stephanie West Allen put in yeoman’s work in bringing it home, and it appears in full glory on her Idealawg.  I have a new respect for those who host the Blawg Review.  Blawg Review has information about next week’s host, and instructions on how to get your blawg posts reviewed in upcoming issues.

And with that, I’m back to rebuilding my computer.  This is my second crash in six months (the last, which occurred on December 26 while I was flying from Atlanta to San Francisco, was a hardware issue) and I’ll be restoring my files from an online back-up service.  I’ll let you know how it goes, since I will be promoting the gospel of backing up from now on!