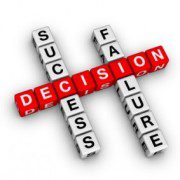 One of the most interesting things about having a book is watching the sales.  A few weeks ago, I saw that sales had almost increased by a factor of five for the month of December for my book The Reluctant Rainmaker.

You’d think I’d be happy. If the sales had quintupled in April or August, I would have been ecstatic!

Sadly, I’d be willing to bet that many of the people who purchased marketing books in December bought because they’d resolved to learn about business development in 2011 and finally, finally build the business they knew they could. Now that we’re ten weeks into the new  year, how many of those books do you suppose are sitting unread on a bookshelf?

Imagine Larry the lawyer who goes through an end-of-the-year review (formal or otherwise) and decides that he’s got to get his act in gear.  He’s got to bring in more business, or 2011 is going to look as bleak as 2010 did.  So he buys a book in mid-December.  But December means year-end billing and collections, not to mention the holidays and all the requisite family activities.  Despite his good intentions, Larry just doesn’t have time to read the book, and he certainly doesn’t have time to make a plan.

January 31 rolls around and Larry still hasn’t found the time for business development planning.  So, what’s changed in his practice?  Nothing.  Neither the new year nor the resolutions he made nor the book he bought (but didn’t finish reading) made a bit of difference. But Larry’s determined.  February 1 is a fresh start, or there’s always Chinese New Year.  Where’s Larry headed?  Nowhere good, though he has the best of intentions.

January 1 isn’t a magic date. Starting a project at the beginning of the year doesn’t portend success any more than beginning a diet on Monday.  If you resolved to intensify your business development efforts this year and you haven’t hit your goals, yet, here’s some good news:  I tend to see more success and more investment from clients who dig into rainmaking activity on a random date — March 10 or May 16 or June 4 — than I do from those who wait until the new year to get started.

I’ve heard from a number of lawyers who’ve been beating themselves up because they had high hopes for 2011 and haven’t yet hit their stride for the year.  And here’s what I’ve told them:  start today.  Don’t wait for tomorrow or Monday, or for the start of the next quarter.  If it’s worth doing, it’s worth doing now.

Decision time:  what have you been putting off?  Make a plan and get it done today; if not today, get it done this week.