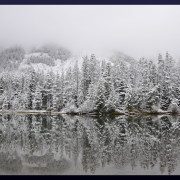 Another pointer to some interesting goings-on…

1.  The 800-CEO-READ Blog has an interesting post about the necessity of praising twentysomething workers for absolutely everything, because parents, teachers, and so on have rewarded this generation with everything from verbal reminders to winner’s ribbons and gold stars, following on a similar (but unlinked) WSJ article published last weekend.  The post (and presumably the article) even quotes Bob Nelson, a “thank you consultant.”  (I’ll be filing that under jobs I never knew existed.)  The post (authored by a self-identified member of the praise generation) ends by requesting more than kudos:

So yes, we were raised on praise. Most of us benefited with self-esteem. That self-esteem gave us a backbone. That backbone helps us stand up for our ethics (which after such scandals as Enron and Worldcom, can’t be bad), question company policies and processes in a productive way, and use disappointments to better ourselves rather than take it personally.

We’re not asking for kudos and presents for every small success. Challenge us and congratulate us when we go above and beyond. As a fellow member from my generation and co-worker chimed in, “Take us seriously.” If we’re not doing well, tell us. Don’t hold us to anything less.

2.  Wondering how big firms retreat?  I thought the retreats I’d attended and heard about were rather plush, but I am agog at the description posted by Nancy on the But Slenderly… blog.  (I’ve been following her blog — she writes like a dream and has some great insights!)  Anyway, the description includes not just the standard drinking stories (which vary from firm retreat to firm retreat primarily only in details) but also this:

In the past two days, I heard speeches by Lance Armstrong (inspiring and uh, kind of sexy); Bob Woodworth (fascinating, though a little smug); Cherie Booth Blair (as in Tony); Francis Fukuyama (who knew game theory was so interesting?); Terry McAuliff (Dems 2008, whoo!).  Stephen Colbert (via video) and JHud performed at night – girl has some pipes, holy moses.  There was one horrifying moment though when she walked out into the crowd with her mike in hand to find “back up singers” and as she stood next to my table, towering in high black stilettos and this sparkly sheen of fame, her eyes met mine and I thought I was going to have to make my way under the table to avoid the entire firm hearing my frog croak.  Luckily, my frantic head-shaking and horrified expression convinced her I was not her gal and she plucked another unsuspecting victim further down the table.  Bullet.  Dodged.

3.  And finally, Bob Sutton reports that a New York lawyer has been disbarred “for being an asshole,” as detailed in the Village Voice.  The official reason for the disbarment is “obstructive and offensive behavior which did not involve fraud or deception.”  It’s staggering, and more than a little sad to me, that any lawyer would think the behavior that the Village Voice describes would be even colorably acceptable.

And a brief report on my Colorado adventure… Colorado had a winter storm today.  I’d planned to drive from Cheyenne (where I spent a couple of days) to Keystone, where the NALP meeting is being held.  But after I checked the weather and road conditions, I decided to drive to the Denver airport and take a shuttle over.  Good decision on my part!  The drive from the airport to Keystone should take about 90 minutes.  I know this not only from the shuttle schedule but also because I drove it on Sunday.  Today’s drive took 4 and a half hours.  The road was slushy and icy, the snow was blowing sideways with huge flakes, and 6 tractor trailers jack-knifed just before the Eisenhower Tunnel.  I met some nice people on the ride over (fortunate, since 10 of us were crammed into a van) and was enormously relieved when I arrived, safe and sound, at the resort.  If my crummy little disposable camera works, I’ll post pictures next week.  On the plus side, everything here looks like a winter fairyland!