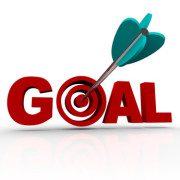 During my first conversation with a new client, we were talking about the goals she’d like to set.  She said she’d like to make partner at her firm, and I asked what she needed to do to reach that goal.  She answered that good work and maybe bringing in a few clients would get her there.  We drilled a bit further down on that question, and then I asked how she planned to bring in the “few clients” she thought she’d need.

“Well…” she cleared her throat.  “I thought I’d do some networking, you know, and maybe speak at a CLE, and I’ve thought about writing some articles.”  I asked a few more questions and discovered that she had a vague plan, but only a vague plan, of what steps she’d need to take to build the practice and presence she’d need to be considered as a viable candidate for partner.  “I won’t even be considered for 4 years,” she concluded.  “It’ll get clearer as I go.”

And yet, I see so many lawyers who don’t pause to develop a career strategy.  The need to work hard and master the skills of practice is obvious, but knowing what skills should be acquired and how to go about acquiring them requires more study and strategy.  Without an end in mind and a somewhat carefully planned approach to that end, it’s easy to get off track.  Just like it’s possible to blow a client’s legal budget winning a point that the client didn’t really want or need to win, it’s possible to spend a great deal of time and energy reaching a goal that doesn’t lead to the ultimate goal.

We’re 2 days into a new year.  What steps do you need to take this year so that you’re advancing toward your ultimate goal?  And please note: despite the time of year, I’m not talking about making resolutions.  I’m talking about setting SMART (specific, measurable, achievable, realistic, time-based) goals along with a strategy for reaching them.

What are your SMART goals?  What’s your 1-year, 5-year, and 10-year game plan?  You wouldn’t represent a client without a clear definition of the win and a roadmap to get there, so why do anything less for yourself?

And the client who wanted to make partner?  It’s now a year from our initial conversation.  Last year, she created a strategic plan to get her practice known (by publishing an article and speaking at a CLE program) and a plan to begin client development activities, including identifying and becoming involved in an industry group related to her practice.  Her theme for this year is building her internal profile, and she’s just been named to a significant firmwide committee.  She’s now in year 2 of her 4-year “path to partnership” plan.  Nothing is guaranteed, of course, but whether she makes partner or chooses to move to another firm, her strategic planning will serve her well.

Discovering my inner “hot worm”.. And changes for 2008

New issue of The Complete Lawyer: Dealing with the jerk at work
Scroll to top