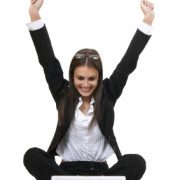 This is off the ordinary topic, but today cannot be overlooked.  As readers likely know, women voted today in Kuwait’s elections for the first time in a national poll.  Without delving into the politics (or the socio-religious implications of the politics, or any combination thereof), this is a red-letter day for women in Kuwait and perhaps more generally for women in the Gulf and Arab world.  The spirit of change is clearly expressed by the offer extended by Jazeera Airways, a Kuwaiti carrier, for free flights to Kuwait for women, to ensure that as many Kuwaiti women as possible get the opportunity to cast a vote.  We may argue about what freedom is, how any society may or should express it, but it’s remarkable to see when all members of a society get a voice.

As an American woman, it’s hard to imagine not having the right to vote.  But, for the sake of interest, I offer the following selected dates:

The Woman Suffrage International Timeline is a fascinating read.  It’s surprising to note how early some women were permitted to vote, and how long women were required to wait in some “advanced” societies.

Did you know that U.S. women were first granted full voting rights by the Constitution of Wyoming Territory in 1869?  Indeed, Wyoming promised to forgo statehood rather than give up woman suffrage, though it was granted statehood in 1890 and termed the Equality State.

I grew up learning about Wyoming’s suffrage history because my mother wanted to research the story.  She did so for more than twenty years, and an overview of her findings were printed in the Centennial edition of the Wyoming Annals:  Sidney Howell Fleming, “Solving the Jigsaw Puzzle: One Suffrage Story at a Time,” Annals of Wyoming 62, no. 1 (1990): 23-72.  But there’s much more to the story.  Although I write with a daughter’s pride, the history deserves to be more widely known than it currently is.  I invite anyone interested in this topic to contact me for further discussion… It’s a breathtaking conversation.

Time management skills: is a task urgent or important?
Scroll to top