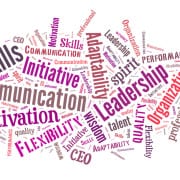 When a law firm hires me to work with a junior associate, very often one part of the engagement centers on the associate’s leadership presence and self-confidence — how he or she presents to others. (Of course, that focus is not by any means unique to junior associates.)

Although reviewers may use a variety of words such as proactive, poised, assertive, or self-assured, they’re usually looking to see to what extent the lawyer is able to present as a leader, as someone who is sufficiently self-confident to inspire others’ confidence. Such a person typically contributes to conversations, asks insightful questions, and is willing to express an opinion or espouse a position.

Interactions with someone who lacks this level of confidence tends to leave others (supervising lawyers and clients alike) uncertain of the message being conveyed.  Does a lack of contribution indicate lack of comprehension?  Boredom?  Something else entirely?  It may be difficult to interpret what’s happening, but the result is a lack of clarity and an unwillingness to rely on the lawyer whose self-presentation is found to be lacking.  The consequences can be significant, including unduly slow career progression (or even being fired) and difficulty in building client relationships.

For instance, I was working with one client (let’s call him Tom) who was hoping to make partner and entered coaching to strengthen his performance so he’ll be a strong candidate.  He’d picked up on some comments that made him question whether he was viewed as partner material.  I found Tom to be intelligent, personable, and funny.  I also noticed that when I’d ask him a question about his work, he downplayed the role he’d played.

It puzzled me, because I could tell from the kind of work he was describing that he was a heavy lifter on the cases, but to hear him talk he was simply supporting work done by others.  One day, Tom said that a particular concern he held about making partner was that it didn’t seem like anyone regarded his work as being important or notable. He explained the evidence for his feeling, and then I asked his permission to share an observation.

I told him that when he described his own work, he minimized and understated his contribution.  To hear him tell the story, he contributed little more than hours — and certainly nothing critical in terms of strategy or deep analysis.  But when I asked specifically and pressed, he’d tell me about tasks he’d done and decisions he’d made that were quite high-level.  My assessment was that because he was so careful not to overstate his contribution — and perhaps so uncomfortable being in the spotlight — he didn’t give a fair opportunity for someone to understand the kind and level of work that he was doing.

We devised a plan for Tom to share more about his work, and he discovered that when he changed his communication style and became more open about what he was doing, people began to appreciate the scope of his work and to understand what he was capable of doing. He got more and better work, and he felt that others’ perception of him was more accurate.

Michelle, another client, was upset to receive a review that indicated that some clients didn’t want to talk with her because they felt that she didn’t have a sufficient grasp of the right legal strategy to accomplish their aims. When pressed for details, a reluctant partner admitted that although he knew Michelle understood exactly what was at stake and how to advance the clients’ interests, her comments were so often peppered with words like maybe and possibly and her inflection was so often questioning that she just didn’t seem to be sure of what she was saying.

The result was that her communications undermined his confidence in her even though he knew she was almost invariably right about what she was saying. After making a concerted effort to notice the habits that the partner identified, Michelle started speaking with more authority and more clarity, which over time (and along with other changes that Michelle implemented) increased the confidence that others put in what Michelle said.

How do you know if your presence isn’t as strong as it should be? Here are three common signs:

If you recognize yourself in these signs or if you’ve received feedback that you need to be more proactive, perhaps we should talk. While learning to project more confidence and a stronger leadership presence requires stepping outside a comfort zone, the impact can be dramatic.  Your job and your client relationships may depend on your ability to inspire confidence.  Ready to take the first steps?  Contact me to set up a time for us to get acquainted.

You are invisible. Go visible.