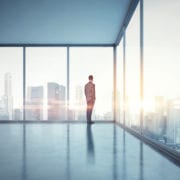 I’ve just read a staggering article (no longer available) by former Notre Dame law professor (then Dean of the University of St. Thomas Law School, soon to be District Judge) Patrick J. Schiltz.  Published in January 2000 (I know it’s old, but what can I say?  I was busy practicing law when it came out), the article’s thesis is that when a young lawyer goes to work at a law firm, the firm’s money-driven culture will permeate the lawyer’s life and the lawyer will descend into a variety of unethical practices — everything from padding her bills to “forgetting” to produce a damaging document.  The answer, according to Schiltz, is to “avoid getting sucked into the game. Don’t let money become the most important thing in your life. Don’t fall into the trap of measuring your worth as an attorney, or as a human being, by how much money you make.”

Excellent advice.  But does every lawyer who goes to a law firm end up being a greedy, unethical practitioner?  I think not.  I hope not.

We lawyers tend to be a competitive lot.  We don’t like it when someone earns more money or bills more hours than we do.  We’re told that money and billable hours are the route to success, so we run harder and bill faster and strive to earn more.  And I’m inclined to believe that’s the root of the profession’s depression: measuring our lives according to someone else’s ruler.  I’m also inclined to believe that most lawyers do struggle when they come up against the temptation to unethical behavior.  Sure, some people do pad their bills, but I have to believe most don’t.  Instead, they work harder and harder to produce the mounting billable hours, and that leads them to be out of balance in their lives.  Out of balance is out of integrity, because our integrity requires us to live in accord with our values and that isn’t possible when our lives are out of balance.  I believe that’s where the depression comes from.

It’s another lens on the same issue.  Whether the pressure leads to shortcuts that become unethical behavior, as Schiltz argues, or whether it leads to unimaginably long hours that leave no time for family or fun or relaxation, measuring one’s worth by someone else’s ruler always leads to depression, rage, grief.  But those emotions need not be impotent.  Change is possible.

So what’s the answer?  Know your values.  Know why you became a lawyer.  (If it’s because you were a college senior and had to do something and knew you wouldn’t make a good doctor, figure out whether law is really where you belong.)  Evaluate your current practice situation and figure out whether you can adapt to it, or have it adapt to you, in a way that will allow you to live in congruity with your values and your vision.  Trite though it may sound, you have the power to set the measuring stick for your own success: never give that away.  These steps will keep a lawyer in harmony with her values and that will, in turn, prevent her from sliding into the trap of unethical behavior that Schiltz describes.

In defense of law firms
Scroll to top