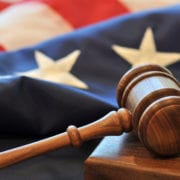 Though most readers likely took and passed the bar exam some time ago, perhaps this post will be of interest nonetheless.  This may be old news to some, but it was new to me…

On August 22, Judge Fullam of the Eastern District of Pennsylvania entered an Order and judgment on behalf of the National Conference of Bar Examiners, against Multistate Legal Studies, Inc., Robert Feinberg, and Dona Zimmerman, better known to scores of bar-takers as PMBR. The Court found direct evidence of copying (which, for those not familiar with copyright law, is quite unusual in an infringement case) under striking circumstances.  Feinberg took the Alaska bar exam five times before barely passing it on his sixth attempt, and he was caught removing a sheet of scratch paper with notes on it at the conclusion of the afternoon session of his third try at the bar.  The Court concluded that “nearly all” of the 113 PMBR questions challenged by the NCBE as infringing were substantially similar to copyrighted MBE questions, and imposed a variety of remedies including nearly $12 million in damages.

When I took the Georgia bar in 1993, most students took only Bar/Bri.  But when I took the Florida bar in 2005, I quickly discovered that most students took both Bar/Bri and PMBR.  I took the 3-day PMBR course described in the Order and found it useful.  (For anyone planning to take the bar, working as many questions as possible is critical preparation, in my opinion.)  I was of course attracted by the promised similarity between the PMBR questions and what I’d find on the actual bar, though I did view that claim somewhat skeptically.  But when I took the bar itself, I was surprised to find substantial differences between it and the preparatory questions I’d worked.  Not just a lack of repetition; the format of the questions bore little resemblance to PMBR’s practice questions or to the questions released by the NCBE.  And now I know why: in July 2005, the NCBE reprinted the exam because PMBR’s copyright infringement “had compromised the initial version.”

I have no bones to pick with PMBR.  I passed the Florida exam and went on my merry way.  But I do find this story fascinating… And I wonder what PMBR’s enrollment statistics will be for the next bar exam prep period.

Peak or valley? Performing a realistic and meaningful self-evaluation
Scroll to top