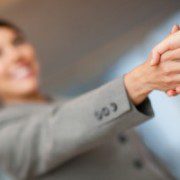 The true impact of yesterday’s security changes to prevent terrorist attacks on airlines likely won’t be revealed for some time.  We’re now in the initial period of confusion and revelation, rebellion and adaptation.  That will pass, I assume, and we’ll likely settle down to a new style of air travel, one that will probably be even less convenient that what we were accustomed to as of a couple days ago.

Two things are for sure, though.  First, at least in the short term (and I would suspect in the long term as well), these disruptions will change the calculus on travel.  If it’s possible to drive in 5 or 6 hours, flying may not be worthwhile.  It’ll certainly raise a question, especially in view of the flight delays that can be reasonably expected.  People may begin to question whether travel is worth it even for longer, but fairly mundane, trips.  Especially now that videoconferencing and other “virtually there” technology is so good, people may begin to rely on it more and more.

And that leads to point two.

Communication skills are going to take on even more importance.  Studies show the importance of body language and other nonverbal communication:  7 percent by the words used, 38 percent by voice quality, and 55 percent by the nonverbal communication.  Those figures explain why email is so often misunderstood (well-intentioned humor being interpreted as an insult, for example) and why word selection is critical.  Although some nonverbal communication is retained in videoconferences, it’s lost entirely on conference calls.  We tend to communicate in the same way regardless of setting — meaning, if we’re in a meeting with clients, we’re likely to communicate in the same way whether the meeting is in person, via videoconference, or via teleconference — and that’s a mistake.  This is an excellent time to sharpen your skills of word choice, your attention to what communication setting is necessary, and your awareness that you’re missing a large chunk of the true message if you don’t get the information communicated nonverbally.