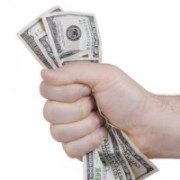 Money is always an interesting topic, and wealth even more so.

I remember being in middle school and fantasizing with friends about being rich.  We imagined that if we could just make about $60,000, we’d be set.  (Of course, I’d venture to guess that all of our parents were earning at least double that at the time, but that just goes to show that I ran with a rather naive crowd back then.)  And indeed, I remember starting my clerkship and making just about $28,000 and the rush of pleasure when I topped out at $50,000-ish just before my clerkship ended.  Then I did some contract work and associated with a sole practitioner before I joined Jones Day in 1999, early enough to benefit from the salary hike that hit the fall.  Was I rich?  Not by the standards I held by that time, no.  But “rich” is a standard that tends to rise over time… And that’s why I’d prefer to focus on wealth.

Wealth, for me, refers not only to having enough money to live comfortably but also to having time to enjoy that money, family and friends with whom to enjoy it, and a sense of satisfaction in what I’ve accomplished and possibility in what lies ahead.  It’s a 36o-degree measurement of life that requires reflection on more than a bank account.

Wealth depends on one’s values, so it’s a rather individual measure of success.  For some, money may be the primary component of wealth, whereas others want to feel they’ve done good in the world, others want close relationships, others want to have fun, others want adventure, and so on and so on.  And most of us want some of all of the things I’ve listed, plus who-knows-what else.  Of course, this is not to say that money is bad, since money facilitates everything from shelter, food, and medical care to education to the pleasures of hobbies and travel.  But money, for most people, isn’t the be-all and end-all.

The real measure of your wealth is how much you’d
be worth if you lost all your money.

True?  Probably yes for some and no for others.  But it does raise an interesting question for reflection.

The point here is that rising salaries (accompanied by rising billable hour requirements) are not adequate in themselves for many lawyers.  The money comes at a cost.  If that cost is an unhappy spouse who feels neglected, a lawyer who values relationships will be conflicted, if not unhappy.  A lawyer who values travel is unlikely to be satisfied  if he has plenty of money in the bank but no time to spend it.  And a lawyer who values money as her top priority will have an incentive to jump from firm to firm to maximize her income, unless other benefits or desires outweigh that incentive.  Firms need to be mindful of the non-economic rewards in law and need to recognize that if their lawyers don’t experience those rewards in some way, they’re unlikely to be satisfied by high pay over the long term.

As with any other business, the challenge to be mastered in thriving at life at the bar is to minimize the costs and maximize the returns.  It’s critical to make a living and it’s important to consider what will make a particular job sufficiently satisfying.  What does wealth mean to you?  Are you meeting your needs in the areas that matter to you?  If not, what changes do you need to make?

By the way… What IS coaching?

Tag, I’m it: Gotta Get Goals
Scroll to top