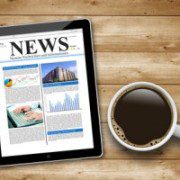 Requesting an extension because of school vacation  Somehow, I missed this WSJ Law Blog post in early October, which reported that Weil Gotshal requested a delay in hearing dates in a bankruptcy case (set for December 18, 19, 20, and 27) on the grounds that “These dates are smack in the middle of our children’s winter breaks, which are sometimes the only times to be with our children.”  The response filed by Kirkland & Ellis called the reason “woefully inadequate” and noted that “The personal needs of a handful of professionals, unfortunately, must be balanced against the thousands of employees, creditors and other parties in interest . . . whose livelihoods and/or recoveries are dependent on (Calpine’s) successful emergence from Chapter 11.”  (The WSJ Law Blog post includes links to the actual pleadings.)  The WSJ blog The Juggle offered this commentary, which quotes Sylvia Ann Hewlett of the Center for Work-Life Policy as finding the request a “promising step” toward promoting work/life balance.

Confessions of a CEO  Fortune Magazine has published a fascinating article about Dominic Orr, a high-tech CEO whose workaholic habits nearly ruined his life. Events such as his decision to travel to a sales conference the day after his mother’s death, causing her funeral to be delayed by three days were the norm until he discovered that his goal was “to die a complete man.” Working with a therapist, now an executive coach, revealed that Orr’s life was missing hikari, which is the Japanese term for light and which Orr views as “speed to enlightenment,” and he resolved never to work again unless he could combine work with hikari.  He was able to do so, and the story of how he did is truly remarkable.

Office Politics: excluded from the group