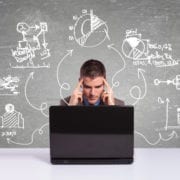 A potential client called to discuss how I might help her with her business development activities, and I asked what she’d tried. As I often discover in those conversations, she’d tried a number of approaches, all to no avail. On her list: writing articles, teaching seminars, advertising, attending networking events, posting her profile on various social networking sites, and so on. But she had no results to report.  Not surprisingly, she was ready to conclude that she wasn’t meant to be a rainmaker.

If you see no results, it’s easy to conclude that it’s time to throw in the towel. It’s discouraging to work at something — especially something as important as business development — and get poor results.

This inclination to accept failure is even more common for those who believe that rainmaking is a skill reserved for a few special lawyers.  (As a sidenote, ponder this: not every lawyer will be a superstar rainmaker. But every lawyer can be a “mist-maker,” and depending on your practice setting, that may be all you need to shoot for.) But should you accept failure as permanent and give up business development activity?  No.

Three mistakes are often responsible when a lawyer has worked hard at rainmaking without generating meaningful results:

Your task this week: are you making any of these mistakes? Check especially to see how you’re measuring your success. Because lawyers are trained to focus on the end game (here, landing the new business), this is one of the key mistakes that I often see among new clients.

How to determine whether a rainmaking expense is a cost or an investment (and...

How can you revive a neglected professional relationship?
Scroll to top