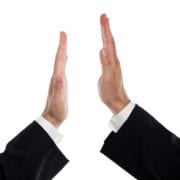 I follow Worthwhile Magazine’s blog (no longer available) and found today an interesting story about God in the workplace.  According to the entry, numbers of workers bring God or spirituality or religion to their work, seeking an opportunity to contribute to the common good by bringing their values to their work.  The blog entry cites a New York Times article that reports a swelling in the number of theological seminary students who don’t intend to enter the ministry: according to the article, only about half of those who graduate with a Master in Divinity become parish ministers.

This attracted my attention because I’ve noticed over the years a number of lawyers who leave the law and then enter the seminary.  I can’t point to any statistics, but it’s happened often enough that I began to pay attention every time I’d hear about someone else who took that path.  And of course, I don’t have any statistics on the number of lawyers or former lawyers who actually enter the ministry or what they do after seminary.

So, what does this mean?  Not much, perhaps, as an isolated not-news story.  What’s interesting is the common thread among those who leave the law and study theology: the desire to do good and the sense that such a desire can’t be realized in a traditional legal practice.

I disagree.  I believe it is possible to do good while practicing law, and I believe that many lawyers do just that.  Example: during document review once in a trademark dispute, I ran across correspondence between opposing counsel and an accused infringer.  The infringer wrote that she was closing her store anyway and would be willing to sell the business name (the allegedly infringing use of the mark), and the lawyer’s reply was a kind and respectful offer to purchase the mark for an amount that would be significant to her and a pittance for the mark’s owner.  Big deal?  Not in the big scheme of things.  But it did tell me quite a bit about my opposing counsel and my opposing party.

The key to doing good is knowing what “good” means in any given instance, what values control that good and what values control the practice, and finding a way to make those mesh.  If a lawyer needs to help individuals, to touch people and see their faces, insurance defense isn’t likely the path to that end — but perhaps representing a child as a guardian ad litem is.  Pro bono work is a terrific way to do good while holding down the day job.

Of course, some people need to leave the law to feel that they’re doing good, and that’s fine.  It’s all about options.